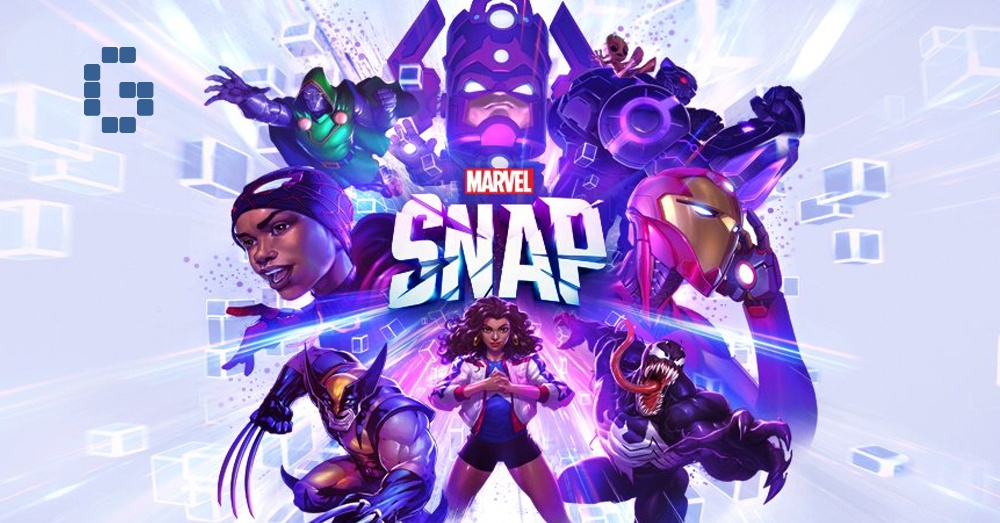 Marvel Snap is a faster, better Smash Up

By Eric WatsonJune 7, 2022No Comments

Marvel Snap is a free-to-play, digital card game designed for mobile devices, currently in closed beta testing. After spending two weeks in the beta, I’m loving its fast-pace, easy (yet deep) gameplay, and colorful art style and animations. They finally built a better Smash Up.

For context, Smash Up is a physical card game released back in 2012. It’s a “shufflebuilding” game, as players shuffle two thematic decks together: pirates and ninjas, or robots and zombies, etc. Then players take turns playing cards onto randomly drawn bases in the middle of the board. When a base’s power threshold is reached, the base scores, and the person with the highest power there wins the most points. A new base is drawn and the game continues until one player has earned at least 13 points from scored bases.

The card game was incredibly innovative at the time, relying on an intriguing push and pull race instead of simply attacking your opponent (as with games like Magic: The Gathering and Hearthstone). The non-deckbuilding aspect was also novel, and lent the series to produce expansion after expansion of more fun-themed decks.

But Smash Up also had its flaws. Even though players could only play one action and one creature each turn, turns could still take a long time as cards could generate additional actions and effects. Balance became increasingly challenging with so many new decks and bases. And it was always difficult to keep track of the fluctuating power level of bases and creatures with lots of ongoing abilities.

Ten years later, Nuverse, Second Dinner, and Marvel have created Marvel Snap, a collectible card game that takes the base-breaking formula of Smash Up to a much more enjoyable level, with a hugely popular IP.

As in Smash Up, players are competing to win bases by playing cards with various powers and power levels. From there the similarities end, however.

Marvel Snap features a total of six rounds and only three total bases. Whoever wins the most bases at the end of round six is the winner (with ties going to most total power).

Bases are randomized from a large pool of Marvel locations, each of which has special abilities that range from slight changes (minus 1 power to all cards at the location) to catastrophic (players switch hands during the final round). Bases provide just the right amount of chaos and replayability, while rarely leaving me frustrated from too many restrictions.

Instead of shuffling together pre-build decks of 30+ cards, as in Smash Up, we’re building much smaller 12-card decks from the ground up. Marvel Snap borrows the escalating energy resource from games such as Hearthstone: one energy for the first round, two for the second, etc. Cards have different energy costs, power levels, and special abilities. The low number of cards, turns, and bases keeps the action fast and — well, snappy.

It helps that a digital card game can automatically track all the potentially crazy power fluctuations that occur when multiple abilities and bases fire off throughout a match.

Creating a deck of balanced energy costs is a solid foundation. From there we can explore different card combinations and synergies — or just throw our favorites in a pile. An early combo is leveraging the powerful 6-cost Odin, who re-activates other On-Reveal card abilities, and stacking the deck full of cards with with strong On Reveal abilities, such as Wolfsbane, Medusa, and White Tiger, hoping to have an explosive final turn with Papa Asgard.

Obviously the Marvel IP helps bring a ridiculously huge roster of characters and bases, as well as tons of card art in the form of variant cards. Mr. Fantastic and Medusa benefit from being placed in the central base, as their powers trigger off adjacent bases. Star-Lord and Punisher involve mind games with the opponent, taking advantage of where you think the enemy cards will be. A late-game Iron Man can turn the tide on any location by doubling your power, while Hawkeye and Ant-Man reward the player for filling out a single base.

The artwork is gorgeous, and every card has multiple variants with vastly different art styles. I particularly love the 3D effect that’s unlocked after boosting a card’s rarity to the third level.

Marvel Snap is free-to-play and has two primary progression bars: the season pass, and the collection level. As you complete games and earn XP and upgrades you will unlock additional cards, card variants, and other goodies such as avatars and card backs. Unlocking new cards at a steady rate is fun, but it’s weird to miss random booster packs. If any genre should use the random booster pack, it’s the collectible card game!

Snap features plenty of daily and weekly missions to earn XP and credits. Credits are used to upgrade cards (which in turns increases your collection level) and to purchase gold. Gold, which can be purchased using real money, is used to obtain card variants and, presumably, to purchase future season passes.

A new battle pass is just around the corner along with the soft launch on Android. A release on iOS should be imminent. We’re looking forward to playing Marvel Snap as it fully launches later this year.